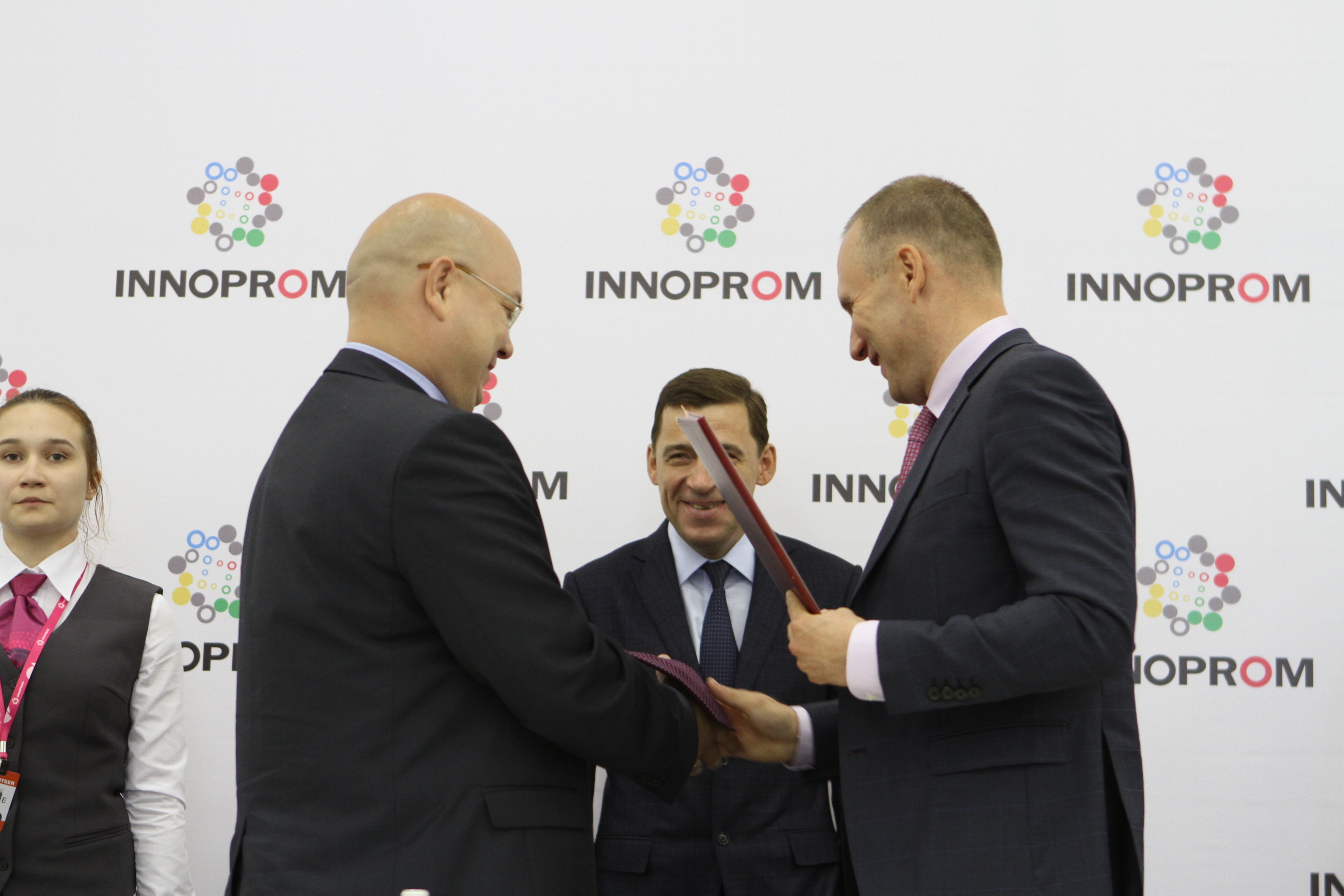 During the International exhibition “Innoprom – 2017” CEO SEZ “Titanium valley” Artemiy Kyzlasov in the presence of the Governor of the Sverdlovsk region Evgeniy Kuyvashev singned a memorandum of understanding with a Russian woodworking company “Modern technologies of wood-working” (“STOD”). The company, represented by Deputy-CEO Timur Akchurin - intends to localizre production of of glued laminated lumber and OSB.

According to the business plan the company intends to invest 10 bln.rub. This will be the most considerable investment deal for SEZ “Titanium valley”.

The managing company of the SEZ “Titanium valley” has already reserved the land plot of 68 ha. In the third-fourth quarter of 2019 the factory with the capacity of 300 thousand m3 per year is planned to come to full operation. The new factory will employ over 400 people and over 800 work places will be created in the supportive industries – logistics and wood procurement. The regional budget will get over 2,7 bln rub. tax liabilities up to 2030.

Corporation of Development of the Middle Ural started negotiation with “STOD” in early 2017 considering high potential of the forestry of the Sverdlovsk region for placing the manufacturing.


Sergey Kiselev, CEO Corporation of Development of the Middle Ural:

“STOD” – as a rapidly developing company was interested in the proposal of the Sverdlovsk region. For almost a year “STOD” was considering different variants for the production organization and different industrial platforms. The company has finally chosen SEZ “Titanium valley” due to it’s comfortable location and ready-to-use infrastructure. The company intends to start realization of the project soon. In case everything is as it is planned so far the company will also build a second factory for OSB production with the capacity of 80 000 m3 per year”.

“SEZ “Titanium valley” started communication with the “STOD”  six months ago being one of the first platforms to present. For that time the investor considered only the platforms, located closer to Ekaterinburg city, tax exemptions and preferences meant a lot less. Finally, having all the platforms of the Sverdlovsk Region considered “STOD” settled in “Titanium valley” as it is the most economically efficient one. It is exactly the case when economy of the project won over the kilometers”.

OJSC “STOD” is the biggest Russian producer of glued laminated lumber and OSB and the biggest wood procurement company of the Tver’ region. The total square of forestry leased “STOD” is over 540 803 ha with the annual extent capacity of 972 thousand m3. Apart from the wood procurement the company also purchases the roundwood in the Tver’ region and the neighborhood
“STOD” has three factories in the Tver’ region( Torzhok city) – “Tllion terra” (capacity for LVL 140 000 m3  per year), “Talion Arbor” (capacity for OSB 500 000 m3  per year) and a factory for pellets productin  (60 000 ton per year). The total investment is 26 bln.rubles.
12.07.2017