Meeting with the US vice-consul 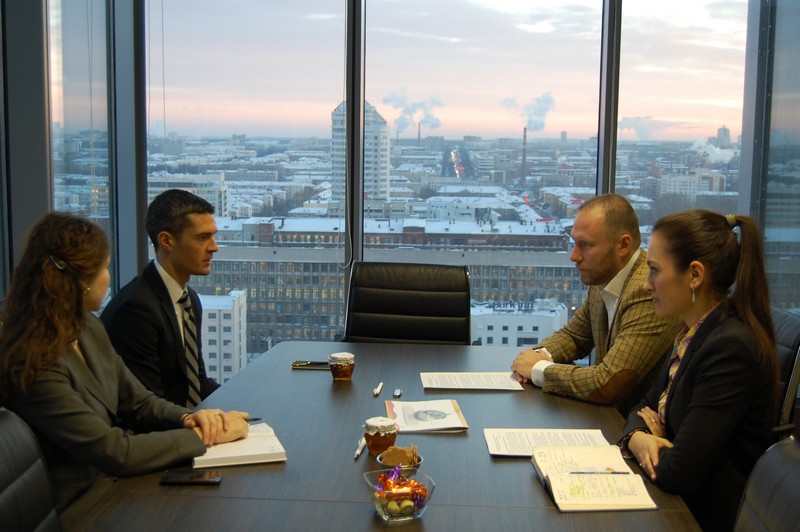 Director General of “Titanium Valley SEZ” OJSC Artemy Kyzlasov and US vice-consul for political and economic affairs in Yekaterinburg, John Rutherford, discussed cooperation possibilities in the sphere of industrial production.
Specifically, during the meeting, discussions concerned the assistance of the US Consulate General in negotiations with major American aerospace companies, and also with machine-building and instrumentation enterprises, the location of which in the special economic zone will allow the long-term industrial niches of the Sverdlovsk region market to be filled, promoting modernization of industry and development of cooperation between the countries.
Let us remember that important steps towards the realization of joint Russian-American projects in the special economic zone have already been made. Thus, in November 2013, VSMPO-AVISMA, which is part of the Rostec State Corporation, and the Boeing company signed a memorandum of understanding. It will provide construction of a new forgings machining factory for the latest passenger liners of the American aircraft company in Titanium Valley of the Sverdlovsk region. 23.01.2014