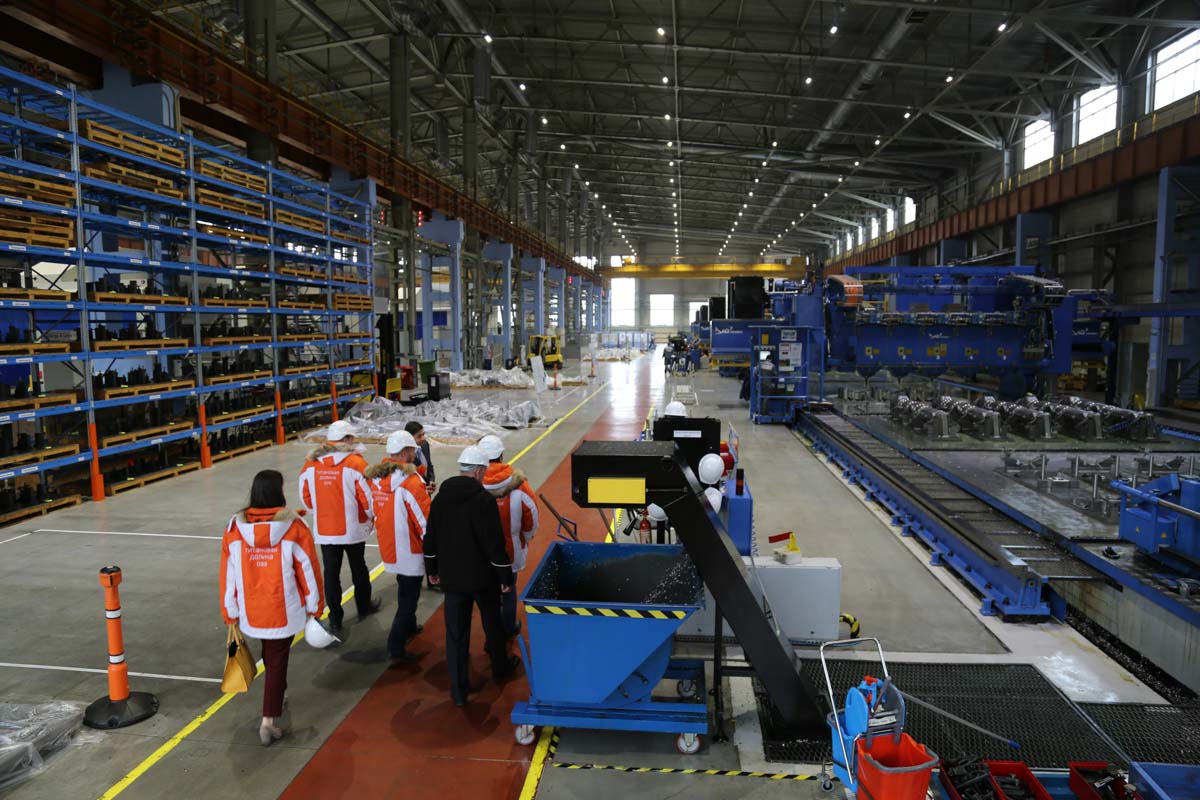 Holding “Technodinamika” (“Rostech Corporation”) and the Government of the Sverdlovsk region have signed a memorandum of understanding on order to localize machining of titanium estampings at the perspective second stage of Special Economic Zone “Titanium valley” – platform “Uktus”.


SEZ “Ttitanium valley” has been collaborating with «Technodinamika» in 2015. During the exhibition “Innoprom – 2015” parties signed a framework memorandum. During two years the project was being worked over and in 2017 the potential resident has finally settled the financial model and technological chain of the future manufacturing. The resident is planning to invest over 2 bln. rubles.

“The final machining of titanium stampings and components is an important stage of out holding’s strategy. Tax exemptions and specific customs treatment allows as to minimize our expenses and realize the strategy of import-substitution and enlarge the export potential ae well. Placing production at the territory of the SEZ “Titanium valley” allows us to enter the international market and become a supplier for aviation giants, - Boeing for instance”.


“The progress in communication with one of the key players of Russian aviation market is another important step towards creation of an aviation cluster at the perspective second stage of the SEZ “ Titanium valley”, platform “Uktus”. Holding «Technodinamika» is a second “Rostech” company which has signed a memorandum of understanding with SEZ “Titanium valley” in order to strengthen partnership. There are three major partners for a future cluster – The Ural Civil Aviation Works, “Russian Helicopters” and «Technodinamika».

Let us remind that in May 2017 during the exhibition “Heli Russia” CEO SJSC “Russian Helicopters” Andrey Boginskiy and CEO SEZ “Titanium valley” Artemiy Kyzlasov signed the memorandum of understanding. The platform “Uktus’ is apriority platform for localization of the partners of holding.

Companies of the aviation and aerospace industries (MRO, sub-assembling, suppliers, components and materials producers, factories and plants) and the representatives of the industrial associations, R&D institutions and mass media can follow the link for the registration.

The perspective second stage of the Special Economic Zone “Titanium valley” (platform “Uktus”) is now being created at the territory of the airport “Uktus” and the nearby territories. The total square is 100 ha. The government of the Sverdlovsk region and the managing company of the Special Economic Zone “Titanium valley” are now forming a proposal to the Ministry of Economic Development of Russian Federation. 202,44 mln.rub was given for the land property deal, 300 mln.rub. was further given for the renovation of the infrastructure. Platform “Uktus” is considered to become SEZ “Titanium valley” in the third-fourth quarter of 2018.

Holding «Technodinamika» (“Rostech Corp”) was found in 2009 and includes 33 Russian factories, R&D centers and institutions of aviation and aerospace industries. Holding employs over 30 thousand employees and has the expertise in designing, manufacturing and service of the aviation components, aggregations and systems. Almost all the Russian planes, transport systems and helicopters have the products of «Technodinamika» installed.
05.07.2017