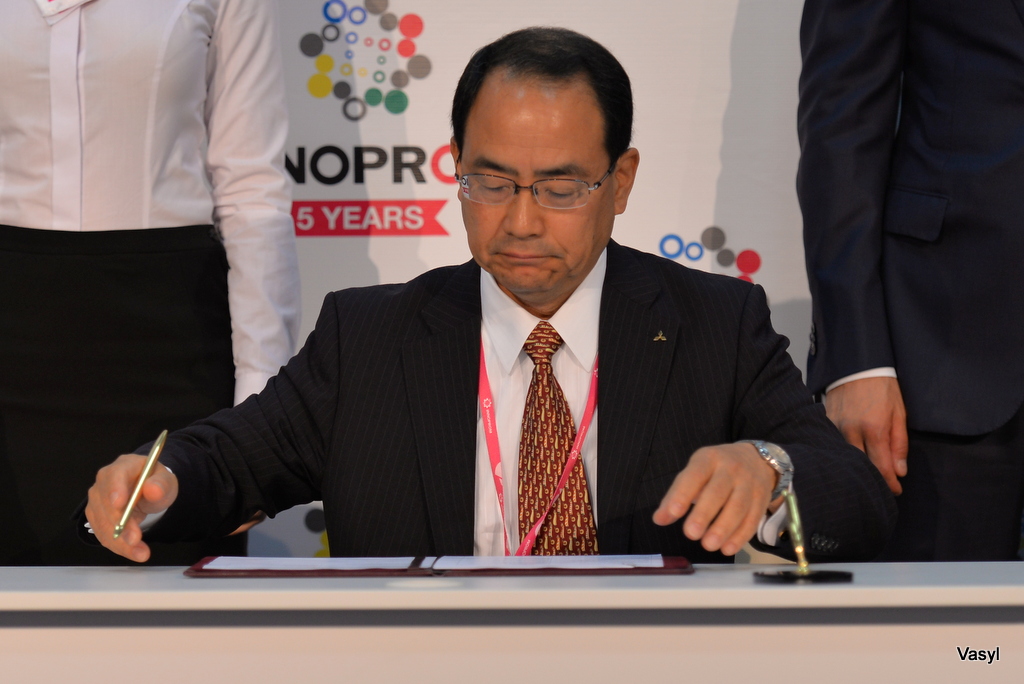 On 9 July, as part of the business program of the international technology exhibition Innoprom, the heads of the Rostec state corporation, Titanium Valley SEZ, NPP Mashprom, and the Japanese Mitsubishi Heavy Industries Environmental and Chemical Engineering Co.
Ltd entered into an agreement on intentions with the objective of introducing in Russia the most up-to-date Japanese waste-processing treatment technologies.

The document, signed in the presence of the Minister for Industry and Trade of the Russian Federation, Denis Manturov, details the intentions and plans of the parties on joint development of the waste treatment industry in the Russian Federation.
This agreement continues and develops agreements reached within the framework of Innoprom 2013. During 2013  2014, the project reached a qualitatively new level: it was joined by the Rostechnologii state company, which brought the possibility of upscaling the results and introducing new Japanese waste-handling know-how at the all-Russia level.

The parties agreed on the stage-by-stage realization of the project. The first step is to carry out a feasibility study (FEASIBILITY REPORT) for construction of the first pilot G&AM factory, after which the creation of a Japanese-Russian joint venture on the territory of the Sverdlovsk region will be possible with the objective of obtaining the status of Titanium Valley SEZ resident and transfer of Japanese solid waste treatment technology.

The Rostechnologii state company will be represented in all project realization matters by the Design Company created by affiliated structures of Rostechnologii – National Ecological Operator OJSC and RT-INVEST LLC.
The Rostechnologii state company develops industrial technologies by organizing world-class competitive companies and attracting investments for realization of large-scale innovative projects. MHIEC has wide experience in developing and introducing its own innovative solutions in solid waste treatment, and NPP Mashprom provides adaptation of MHIEC gasification and solid household waste melting technology for applications in Russia.

According to Director General of the Titanium Valley SEZ Artemy Kyzlasov, the proposal made by the Japanese party allows for consideration of the creation in the region of a waste-treatment industry which will kickstart development of new-for-Russia hi-tech ecological machine-building factories. “Locating such an enterprise in the SEZ will allow this solution to become even more profitable. We are not simply supporting this proposal, but also directly participating in system elaboration, and economic and ecological substantiation of the project.”
“Today in Russia, we are paying great attention to ecological matters. Our company, being a professional participant in the waste management market, perfectly understands that without introduction of advanced technologies in this sphere, it is impossible to fulfill the Russian President’s instruction on creating an efficient management system in this sphere with the prioritization of waste-processing activities over disposal practices. The proposal of the Japanese party gives us a chance to build in Russia local waste-processing plants of the third (latest) generation”, commented Tatyana Skorik, Director General of National Ecological Operator OJSC 09.07.2014