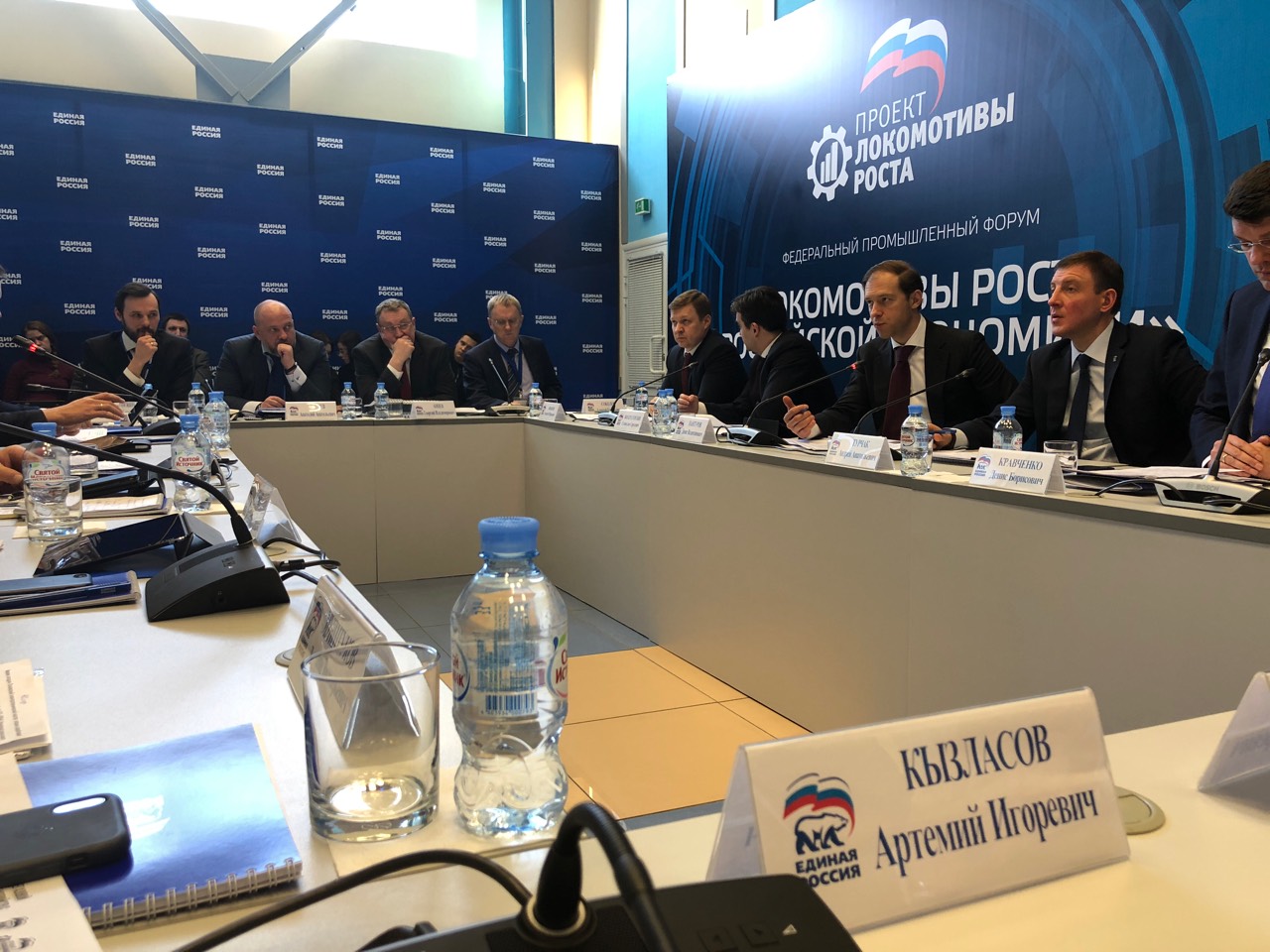 At the federal forum “Locomotives of growth” Artemiy Kyzlasov presented a project of complex development of territories around industrial sites to Denis Manturov, the Minister of Industry of Russian Federation. Initiative of the Ural SEZ was included in the twenty best regional projects.

The head of "Titanium Valley" suggested that a federal aggregator of all state support instruments should be created, with managing companies of special economic zones as operators of social and economic development of industrial territories.

In fact, "Titanium Valley" SEZ, like other Russian SEZs, is already solving these problems within its home region. Artemiy Kyzlasov cited the example of creation of a railway infrastructure for the "Titanium Valley" in Verkhnyaya Salda. The project for construction of railway and reconstruction of station is estimated at 1.6 billion rubles. In addition to investments from the budget of Sverdlovsk region, management company attracts funds from Russian Railways and the Mono-City Development Fund.

In addition to the railway infrastructure, residents of “Titanium Valley” SEZ need a residential neighborhood with administrative and business center, a hotel, logistics infrastructure facilities and a cargo motor road lying outside city of Nizhny Tagil. It is important that maximum economic effect is possible only with simultaneous implementation of these projects.

"There are enough state support instruments at the moment. But they need to be collected on the basis of a unified federal aggregator, which could consolidate and distribute these instruments around large investment projects, such as SEZ. Otherwise, such areas will not achieve a desired effect. If a territory receives status of a special economic zone, complex state support should be provided not only for industrial site, but also for the territory around it. "

He offered Denis Manturov a project of development of the mono-city of Verkhnaya Salda as a "pilot" concept for integrated development of industrial territories. He also stressed that management company of SEZ "Titanium Valley" will be able to act as a territorial operator after removal of administrative barriers related to 116 Federal Law (About special economic zones in Russia).

For further discussion of these issues, CEO of the SEZ "Titanium Valley" suggested to create a working group on the basis of Ministry of Industry and Trade and Ministry of Economic Development. Denis Manturov supported the initiative and instructed to send the materials for revision. 05.03.2018